Airlines should be required to refund customers for flights that were cancelled as a result of the COVID-19 pandemic. That is the message sent yesterday to federal Minister of Transportation Marc Garneau from North Island-Powell River MP Rachel Blaney.
more »
Share Share

“Todays announcement of a one-time boost for low-income seniors is better than nothing, but will not address the ongoing challenges faced by many seniors across Canada, especially during the current COVID-19 crisis,” says MP Rachel Blaney.
more »
Share Share

Federal government must not let Veterans down during pandemic

CAMPBELL RIVER– This week marks the 75th anniversary of the liberation of the Netherlands, the liberation of Germany, and the end of WWII in Europe. Today, NDP critic for Veterans Affairs, Rachel Blaney, wrote to Minister MacAulay asking for financial help for organizations who provide services veterans need.
more »
Share Share

Earlier today North Island – Powell River MP Rachel Blaney sent a letter to Minister for Seniors Deb Schulte. In the letter Blaney expressed her concern that seniors are being left behind in the federal government’s response to the COVID-19 pandemic, and called for an immediate increase to OAS and GIS payments. “Seniors are the most vulnerable demographic at this time, yet the federal government has chosen to provide income supports to so many others ahead of seniors. At this...
more »
Share Share

On accountability in the House during crisis time

As the House of Commons sits to pass its second round of emergency legislation to sustain Canadians through the COVID-19 crisis, MP Rachel Blaney is playing an extremely important part in all of this from her home. Rachel, in her role as party whip, has been tapped as the NDP’s lead on accountability measures and the role Parliament will play over the duration of the crisis.
more »
Share Share

North Island-Powell River MP Rachel Blaney will join NDP leader Jagmeet Singh and London-Fanshaw MP Lyndsay Mathyssen as the three NDP members in a reduced Parliament that will sit on Tuesday to pass legislation to enable the government to respond to the COVID-19 pandemic.
more »
Share Share 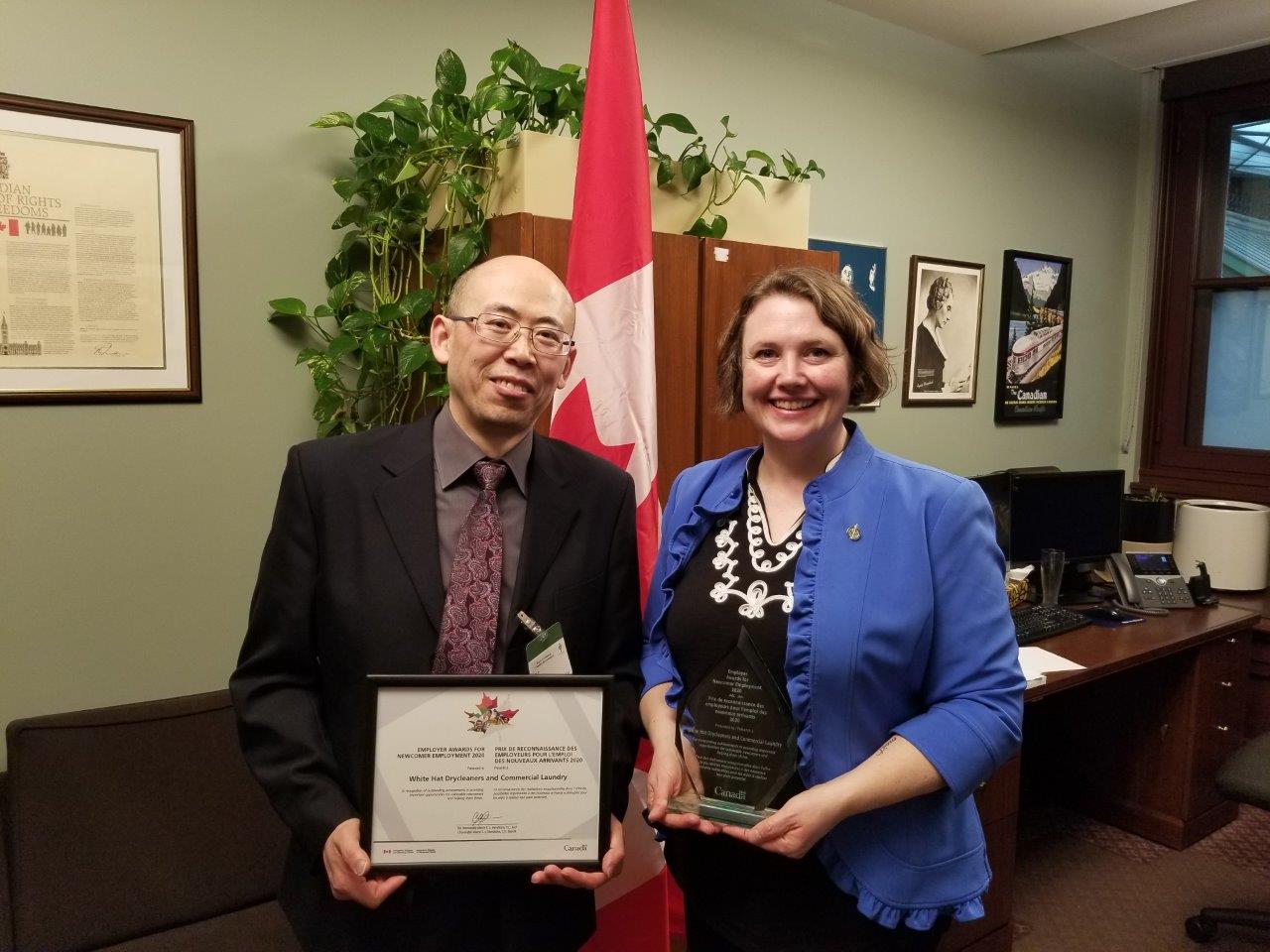 Today in Ottawa, Aiguo Zhang of Campbell River’s White Hat Drycleaners was one of four businesses nationwide to be recognized by Immigration, Refugees and Citizenship Canada (IRCC) for innovative efforts to improve the integration of newcomers into the labour market.
more »
Share Share